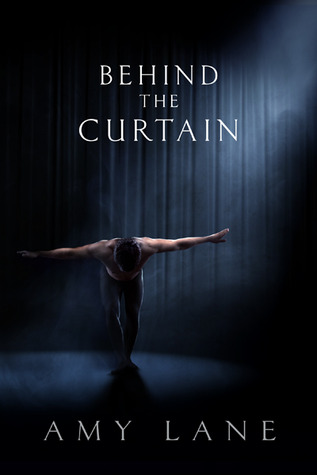 Dawson Barnes recognizes his world is very small and very charmed. Running his community college theater like a petty god, he and his best friend, Benji know they’ll succeed as stage techs after graduation. His father adores him, Benji would die for him, and Dawson never doubted the safety net of his family, even when life hit him below the belt.

But nothing prepared him for falling on Jared Emory’s head.

Aloof dance superstar Jared is a sweet, vulnerable man and Dawson’s life suits him like a fitted ballet slipper. They forge a long-distance romance from their love of the theater and the magic of Denny’s. At first it’s perfect: Dawson gets periodic visits and nookie from a gorgeous man who “gets” him – and Jared gets respite from the ultra-competitive world of dancing that almost consumed him.

That is until Jared shows up sick and desperate and Dawson finally sees the distance between them concealed painful things Jared kept inside. If he doesn’t grow up – and fast – his “superstar” might not survive his own weaknesses. That would be a shame, because the real, fragile Jared that Dawson sees behind the curtain is the person he can see spending his life with.

Amy Lane knits, mothers four children, and writes like sheâ€™s got a slave-driver with a whip and a cattle-prod standing behind her chair. She, her brood, and her beloved mate, Mack, live in a crumbling mortgage in Citrus Heights, California, which is riddled with spiders, cats, a really gassy dog, and more than its share of fancy and weirdness. Feel free to visit her at her blog and her website, where she will ride the buzz of receiving your e-mail until her head swells and she can no longer leave the house.

139 thoughts on “Ebook giveaway: Behind the Curtain by Amy Lane [CONTEST CLOSED]”