Many thanks to Andrew Grey for donating an ebook copy of his forthcoming m/m romantic suspense, Taken (Stranded #2), for a lucky commenter to win! Taken will be released by Dreamspinner Press on October 28. 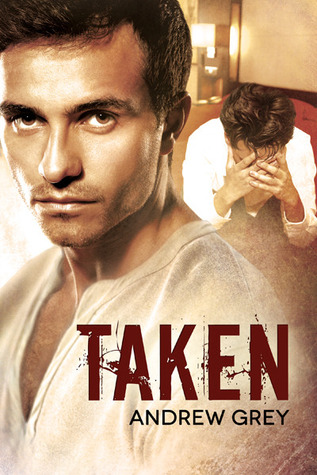 On the day he and Roman Capanelli were to be married, Malik Stevens wakes up in a small room with very little light. Time must be passing, because a door opens from time to time and food is left for him – that’s his only connection to the outside world. Roman is a choreographer on Broadway, and he’s waiting for Malik at the park with all their friends, ready to start their marriage ceremony. When Malik doesn’t show up, Roman is nearly heartbroken thinking he’s been left at the altar. But soon he understands that Malik hasn’t stood him up, he’s been taken.

Desperate and determined, Roman begins searching for clues to aid the police. Then, when Malik escapes, the couple continues the search until they ferret out the culprit, and in the process open up a box of secrets. An orphan who grew up in a foster home, Malik knows his father was a serial killer and his mother died of grief and shame after his father was convicted. Now it seems some of his parents’ skeletons still hang in the family closet. But was Malik’s kidnapping meant to uncover those secrets or to hide them forever?

Andrew grew up in western Michigan with a father who loved to tell stories and a mother who loved to read them. Since then he has lived throughout the country and traveled throughout the world. He has a masterâ€™s degree from the University of Wisconsin-Milwaukee and works in information systems for a large corporation. Andrewâ€™s hobbies include collecting antiques, gardening, and leaving his dirty dishes anywhere but in the sink (particularly when writing). He considers himself blessed with an accepting family, fantastic friends, and the worldâ€™s most supportive and loving partner. Andrew currently lives in beautiful, historic Carlisle, Pennsylvania. You can find out more about Andrew and his books at his website and his blog.

“What the heck are these things?!” -Chaos

Apparently it’s just been that long since I completed a knitting project… These are my SIL’s Christmas socks… for Christmas 2012… completed last week. D’oh!