Many thanks to Clare London for donating an ebook copy of the forthcoming m/m romance box set, Brit Boys: On Boys by Clare London, Ashe Barker, MK Elliott, Lucy Felthouse, KD Grace, Lily Harlem, Sarah Masters, & Josephine Myles!Â Brit Boys: On Boys will be released December 30, but you can preorder it for $0.99 until then. 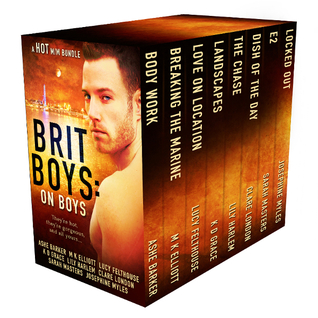 With passion and lust the name of the game, nothing is off limits. Throw in honed muscles, high-strength testosterone and an accent to die for and there is nothing they canâ€™t do and no one they can’t get in this world or another.

Landscapes by K D Grace
Alonso Darlington has a disturbing method of keeping landscaper, Reese Chambers, both safe from and oblivious to his dangerous lust for the man. But Reese isnâ€™t easy to keep secrets from, and Alonso wants way more than to admire the man from afar. Can he risk a real relationship without risking Reese’s life?