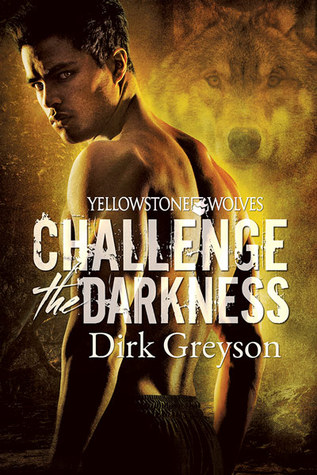 When alpha shifter Mikael Volokov is called to witness a challenge, he learns the evil and power-hungry Anton Gregor will stop at nothing to attain victory. Knowing he will need alliances to keep his pack together, Mikael requests a congress with the nearby Evergreen pack and meets Denton Arguson, Evergreen alpha, to ask for his help. Fate has a strange twist for both of them, though, and Mikael and Denton soon realize they’re destined mates.

Denton resists the pull between them – he has his own pack and his own responsibilities. But Mikael isn’t willing to give up. The Mother has promised Mikael his mate, told him he must fight for him, and that only together can they defeat the coming darkness. When Anton casts his sights on Denton’s pack, attacks and sabotage follow, pulling Denton and Mikael together to defeat a common enemy. But Anton’s threats sow seeds of destruction enough to break any bond, and the mates. determination to challenge the darkness may be their only saving grace.

Dirk is very much an outside kind of man. He loves travel and seeing new things. Dirk worked in corporate America for way too long and now spends his days writing, gardening, and taking care of the home he shares with his partner of more than two decades. He has a Masters Degree and all the other accessories that go with a corporate job. But he is most proud of the stories he tells and the life he’s built. Dirk lives in Pennsylvania in a century old home and is blessed with an amazing circle of friends. You can find out more about Dirk on Facebook.