Many thanks to JL Merrow for donating an ebook copy of her forthcoming m/m romance, Heat Trap (Plumber’s Mate #3), for a lucky commenter to win!Â Heat Trap will be released by Samhain Publishing on March 17. 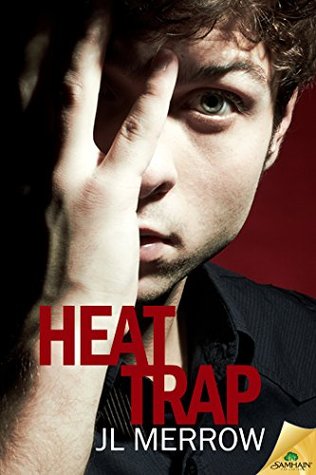 The wrong secret could flush their love down the drain.

It’s been six months since plumber Tom Paretski was hit with a shocking revelation about his family. His lover, P.I. Phil Morrison, is pushing this as an ideal opportunity for Tom to try to develop his psychic talent for finding things. Tom would prefer to avoid the subject altogether, but just as he decides to bite the bullet, worse problems come crawling out of the woodwork.

Marianne, a young barmaid at the Devil’s Dyke pub, has an ex who wonâ€™t accept things are over between them. Grant Carey is ruthless in dealing with anyone who gets between him and Marianne, including an old friend of Tom and Phil. Their eagerness to step in and help only makes them targets of Grant’s wrath themselves.

With Tom’s uncertainty about Phil’s motives, Tom’s family doing their best to drive a wedge between them, and the revelation of an ugly incident in Phil’s past, suddenly Tom’s not sure whom he can trust.

The body in the Dyke’s cellar isn’t the only thing that stinks.

Product Warnings
Contains British slang, a very un-British heat wave, and a plumber with a psychic gift who may not be as British as he thinks he is.

“Mayhem who? I have no idea what you’re talking about, Mom.” -Chaos