Congrats to Shelley, who won Let It Snow by Heidi Cullinan! Let It Snow is being released today by Samhain Publishing. 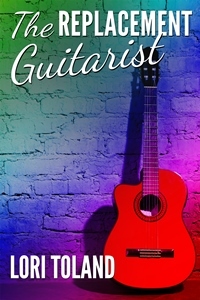 Blaze Shinozuka has two goals: get a job as a guitarist and lose his virginity. At an audition for a famous pop star, he draws the attention of celebrity manager Jason Stockton – and their instant attraction sends his world careening off its axis just as he is thrust into the gritty world of rock ‘n’ roll.

Straight-laced music manager Jason Stockton is always professional and never dips his pen in the company ink. But there is something about Blaze that leaves him wanting what he shouldn’t. The guitarist’s exotic beauty and compelling innocence is a temptation Jason can’t resist.

After one lie in the national media pushes them apart, Blaze must decide whether he will trust Jason, a man he shouldn’t touch, let alone love. The cutthroat, jealous world of rock ‘n’ roll, has chewed up and spit out the toughest musicians, and Blaze vows he will be the last man standing, even after the music stops.

This gay romance contains very frequent love scenes, drug use and a very angry pop star dead set on coming between two men who will stop at nothing to be together. 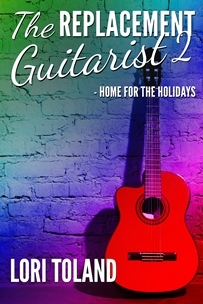 Jason Stockton and Blaze Shinozuka are looking forward to escaping their hectic rock and roll lifestyle for a relaxing holiday. Their plan seems promising, and the passion between them burns hotter than ever as they keep each other warm despite the icy temperatures.

When a surprise Stockton family get-together threatens to reveal what Jason would rather keep hidden, their budding relationship is put to the test and an impromptu trip to Hawaii makes the differences between them more obvious than ever.

Thanks to two chaotic family holidays and a lot of painful secrets, Christmas could end up being more than their new found love can endure.

And *NEW* The Journey Onward…

Getting back from paradise and being alone is exactly what Jason and Blaze need to build their relationship and break down the barriers between them but nothing is ever that simple. Being in LA means back to work for Jason and Blaze gets a sample of what life will be like as Jason’s partner.

Can loving each other be enough to keep them together? Blaze is finding out how much work goes into keeping a relationship alive and in their darkest hour, they will have to stand united as partners to weather a storm that could devastate their future.

“Keeping an eye on you, Mom!” -Mayhem