Many thanks to Mickie B Ashling for donating an ebook copy of her forthcoming kinky m/m romance, Cutting Out (Cutting Cords #4), for a lucky commenter to win!Â Cutting Out will be released by Dreamspinner Press on October 29. 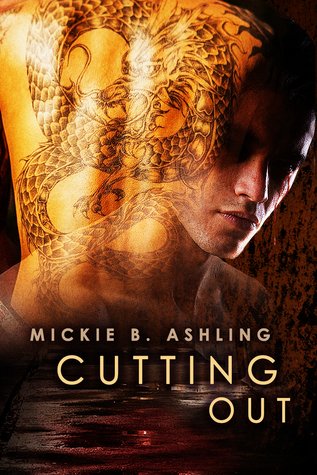 Trent considers the opportunity to resume a career cut short, and despite Sloan’s threat to postpone the wedding, he leaves for the Middle East as an independent mercenary while Sloan rushes to aid Cole.

In Tokyo, disturbing revelations draw the former couple together, and old feelings are rekindled. Despite this new understanding, neither man makes a move. Sloan is focused on rescuing Cole’s family without jeopardizing his relationship with Trent, while Cole must prepare himself to survive disappointment if Sloan chooses to segue into married life as a military spouse.