Many thanks to Mary Calmes for donating an ebook copy of her forthcoming m/m romance, Where You Lead, for a lucky commenter to win! Where You LeadÂ will be released by Dreamspinner Press on December 25. 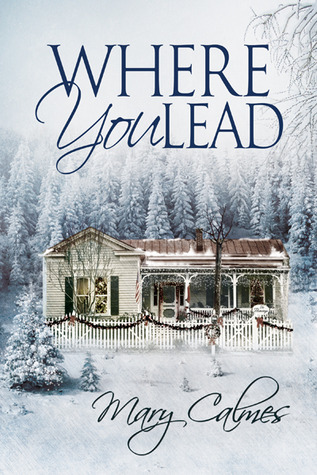 ATF agent Peter Lomax isn’t a hearts and flowers kind of guy, but he can be possessive, and it caused problems until Carver Fleming. Carver may be part of the art world, but he gets Peter, loves belonging to the man, and Peter treasures the way Carver understands them together.

Carver loves Peter, but he’s fully aware that six months doth not a commitment make. Carver wants to make the relationship last forever, but he’ll have to leave their life in Chicago to take care of the family he loves. He wants to do it with Peter by his side, but going from the city of Chicago to tiny Colt, Kentucky is a big change.

118 thoughts on “Ebook giveaway: Where You Lead by Mary Calmes [CONTEST CLOSED]”