Many thanks to JL Merrow for donating an ebook copy of her forthcoming historical m/m romance, To Love a Traitor, for a lucky commenter to win!Â To Love a Traitor will be released by Samhain Publishing on September 15. 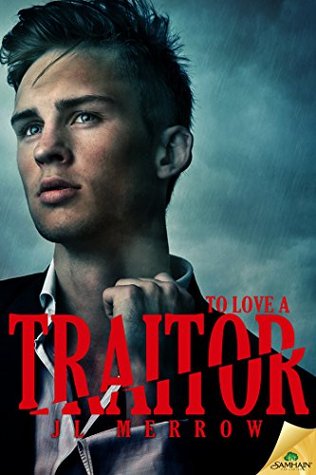 Wounds of the heart take the longest to heal.

When solicitor’s clerk George Johnson moves into a rented London room in the winter of 1920, it’s with a secret goal: to find out if his fellow lodger, Matthew Connaught, is the wartime traitor who cost George’s adored older brother his life.

Yet as he gets to know Matthew – an irrepressibly cheerful ad man whose missing arm hasn’t dimmed his smile – George begins to lose sight of his mission.

As Matthew’s advances become ever harder to resist, George tries to convince himself his brother’s death was just the luck of the draw, and to forget he’s hiding a secret of his own. His true identity – and an act of conscience that shamed his family.

But as their mutual attraction grows, so does George’s desperation to know the truth about what happened that day in Ypres. If only to prove Matthew innocent – even if it means losing the man he’s come to love.

This is a novel-length expansion of previously published novella.

Product Warnings
Contains larks in the snow, stiff upper lips, shadows of the Great War, and one man working undercover while another tries to lure him under the covers.

“Pretty sure Mom was thinking about recycling this box, so I’ll just hang out in it for a while and look so handsome so she can’t bear to.” -Chaos

53 thoughts on “Ebook giveaway: To Love a Traitor by JL Merrow [CONTEST CLOSED]”