Many thanks to Kate McMurray for donating an ebook copy of her m/m baseball series, The Rainbow League, to celebrate the upcoming release of the third book, The Long Slide Home.Â The Long Slide Home will be released on August 14 by Dreamspinner Press.

Welcome to the Rainbow League, New York Cityâ€™s LGBT recreational baseball league, where the competition is hot… and so is the action off the field.

The Windup (The Rainbow League #1) 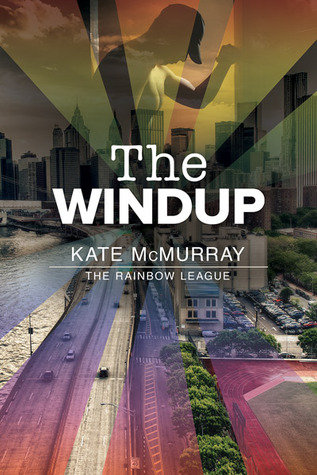 Ian ran screaming from New York City upon graduating from high school. A job offer too good to turn down has brought him back, but he plans to leave as soon as the job is up. In the meantime he lets an old friend talk him into joining the Rainbow League, New York’s LGBT amateur baseball league. Baseball turns out to be a great outlet for his anxiety, and not only because sexy teammate Ty has caught his eye.

Ty is like a duck on a pond – calm and laid-back on the surface, a churning mess underneath. In Ian, he’s found someone with whom he feels comfortable enough to share some of what’s going on beneath the surface. The only catch is that Ian is dead set on leaving the city as soon as he can. Ty works up a plan to convince Ian that New York is, in fact, the greatest city in the world. But when Ian receives an offer for a job overseas, Ty needs a new plan: convince Ian that home is where Ty is.

Thrown a Curve (The Rainbow League #2) 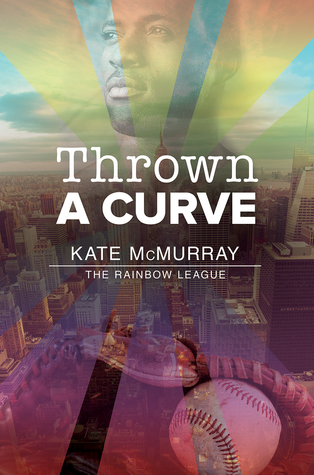 Mason made headlines when, after his professional baseball career was sidelined by an injury, he very publicly came out of the closet. Now he’s scratching the baseball itch playing in the Rainbow League while making his way through New York’s population of beefcakes, even though they all come up short. Plus, he’s still thinking about last summer’s encounter with hot, effeminate, pierced and tattooed Patrick – pretty much the opposite of the sort of man he has long pictured himself with.

Patrick hasn’t been able to forget Mason either, and now that baseball season is back upon them, he’s determined to have him again. Mason is unlike any man Patrick has ever been with before, and not just because he’s an ex-Yankee. All Patrick has to do is convince a reluctant Mason that their one night wasn’t just a crazy fluke and that they could be great together…if only Mason could get past his old hang-ups and his intolerant family. 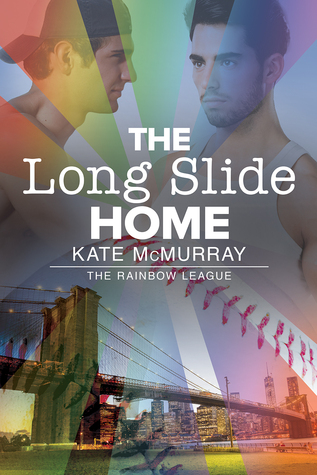 Nate and Carlos have been the best of friends since their childhood playing baseball together in the Bronx. For the last few years, Nate’s been in love with Carlos, though he’s never acted on it, and Carlos has never given any indication that he returns Nate’s feelings. Nate has finally given up, determined to move on and find someone else, especially now that Carlos has shacked up with his boyfriend Aiden.

Carlos doesn’t understand why Nate has suddenly gotten weird, acting cold and distant at team practice for the Rainbow League. But if that’s how things are going to be, Carlos is done trying to figure Nate out. But then Aiden starts to show he might not be the man Carlos thought he was, and Carlos needs his best friend’s support. Worse, he starts to realize his feelings for Nate might not be limited to friendship. But in the aftermath of his relationship with Aiden, and with Nate having problems of his own, the timing is all wrong to make a real relationship work. As emotions run high, both have hard time figuring out what is real and what is just convenient.