Congrats to Serena S, who won A Clean Break (Gay Amish Romance #2) to Keira Andrews! A Clean Break is being released today by KA Books.

Congrats to Waxapplelover, who won Pluck and Play (With a Kick #5) byÂ Clare London!

Many thanks to PD Singer for donating an ebook copy of her forthcoming m/m romance, A New Man, for a lucky commenter to win!Â A New Man will be released by Dreamspinner Press on February 9. 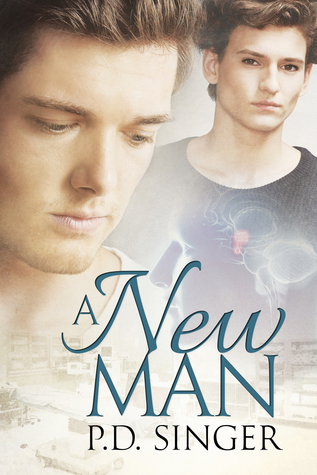 Senior year of college is for studying, partying, and having fun before getting serious about life. Instead, Chad’s days are filled with headaches and exhaustion, and his fencing skills are getting worse with practice, not better. Then there’s his nonexistent love life, full of girls he’s shunted to the friend zone. Is he asexual? Gay?

Grad student Warren Douglas could be out clubbing, but his roommate is better company, even without kisses. He’s torn up watching Chad suffer, gobbling ibuprofen and coming home early on Friday nights. If Chad weren’t straight, Warren would keep him up past midnight. They’re great as friends. Benefits might answer Chad’s questions.

A brief encounter with lab rats reveals Chad’s illness – he needs surgery, STAT, and can’t rely on his dysfunctional parents for medical decisions. Warren’s both trustworthy and likely to get overruled – unless they’re married. “You can throw me back later,” Warren says, and he may throw himself back after his husband turns out moody and hard to get along with, no matter how much fun his new sex drive is. Surgery turns Chad into a new man, all right…

…but Warren fell in love with the old one.